Rodney Scott, previously General Manager of the National Occupational Safety Association (NOSA) and Director of Risk Consultant Services (Pty) Ltd (RCS), formed SCOTT-SAFE, as an independent company specialising in providing Occupational Health and Safety services to the Mining, Manufacturing and Commercial Industry as well as to the informal business and private sector.

Rodney is well qualified to head a company such as Scott Safe. After matriculating from Milner High School he started his career in 1977 with the Sandton Fire Department where he spent three years learning the basics of fire fighting techniques, emergency medical care and rescue. He then served time with fire brigades in the United Kingdom before returning to join the Bedfordview Emergency Services as an Officer. On retiring from the municipal fire services in 1982, Rodney had risen to a senior position with the Roodepoort Fire Department during which time he was twice elected ‘Fireman of the Year’.

In 1983 he joined NOSA’s Johannesburg Region as a safety advisor and Education Officer. A year later he was appointed Safety Officer of Sabax Ltd and assisted them in implementing one of the finest accident prevention programs in South Africa. For his efforts he was twice awarded NOSA’s ‘Safety Man of the Year’ trophy. After a successful career as Sabax’s Loss Control Manager, his marketing experience began.

He joined Amtronix (Pty) Ltd in 1987, then one of South Africa’s largest marketers of hearing health care products, as a sales manager in the Industrial Division and worked to eventually become the company’s Managing Director. During this time, Rodney was twice presented NOSA’s prestigious ‘Safety Personality of the Year’ award and introduced a unique recognition system into the industry for the employment of people with disabilities.

His wealth of knowledge in respect of Occupational Health and Safety as well as that of a safety products marketer served as an excellent recommendation for his appointment in 1990 as NOSA’s General Manager Marketing.

Rodney’s expertise and professionalism led to the development of a highly successful marketing department within NOSA, eventually privatising to become RCS. During this time, he travelled extensively throughout the world, evaluating international safety products and services and was one of the first South Africans to be invited to attend Russia’s first open Occupational Health and Safety conference. As a result of NOSA’s withdrawal from RCS (due to NOSA being a Section 21 company), he deregistered RCS to become SCOTT-SAFE Marketing, an independent product marketing orientated business.

As a highly experienced consultant and qualified Inspection Authority he is unique by way of continually seeking new challenges, generating constructive ideas and always keeping ahead of the conformists with the ability to instill self-motivation against all odds. He adopts a no nonsense practical approach focusing on developing the relationship between management and non-management in a sincere democratic manner. His priority is to ensure that companies set a foundation for meaningful safety by complying with the minimum legal requirements. He is also proclaimed to be a powerful and exciting presenter on the subjects of Occupational Health and Safety.

Rodney developed SCOTT-SAFE as an essential service provider to become an acquired member of the Bidvest Group operating as a division of QMS Consulting (Pty) Ltd. After three years, he re-acquired the Company from Bidvest and is now the leading compliance agency with a national infrastructure. One of his greatest achievements to date is the recent development of an online occupational health and safety compliance system, called COMPLY-ONLINe™. Patented and trademarked this product is destined to change the compliance status in the commercial industry extensively. He is certainly renowned to be one of South Africa’s most experienced and leading businessmen in the Occupational Health and Safety Industry.

Quite frankly, you’re safer with him… 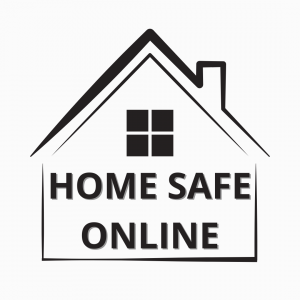